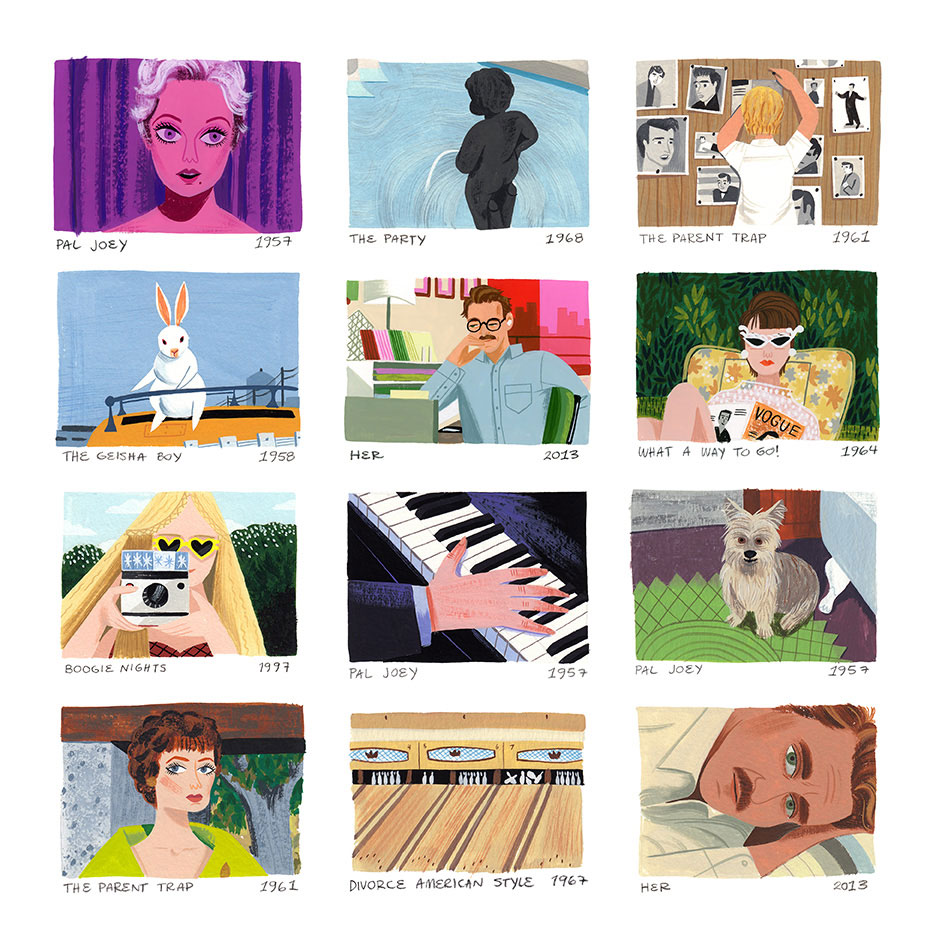 I had just finished college and was looking for work. And while I was looking for work that would actually pay me I thought it might be fun to revisit an assignment I got a couple times in school, paint stills from movies. I was and still am an avid movie watcher and especially love films from the 50s and 60s for their bright colors and elaborate costumes and sets. This felt like the perfect way to marry my love of old films with illustration.

The project started with me watching a film and taking screenshots of frames I liked. When the film ended, I took all the screenshots and put them in a folder with the films name. The next day I would go through the screenshots and pick out my favorites, choosing to paint one or more of them. All the paintings would start on 3” x 4” watercolor paper. I would lightly draw a rectangle, indicating the frame, then roughly sketch in the still I was painting. I was not trying to be precise about my drawing. Just loosely sketching in the layout of the important things in the frame. Things would become tightened up and more clear as I started painting.

When I got the assignment in school,  it was to paint stills from a movie in your illustration style, but since that class my illustration style had evolved. This project became a great way for me to explore my style and figure out how to stylize people and objects. I found myself taking risks and becoming a more confident painter. And when I started posting my progress on Instagram, the project took off in a way that I never would have expected. I started to get asked for interviews and people wanted to know how this started and more about the movies I was watching. I also submitted 4 sets of 12 stills to the Society of illustrators and got them all into the show. It was exciting to see something I was mostly doing for myself getting attention and love from so many people.

And while the project was ongoing for a while and has since slowed down quite a bit, I still do the odd film still. But now people are commissioning me to do stills from their favorite movies.