This is one of my most famous artworks so far. It was made for the Alpha Book Magazine article called “Grow a Beard”. The main topic was the growing popularity of beards and the expanding of the barber profession in Saint Petersburg.
When I received the commission, the client was cramped in time, I needed to make the job quickly. In a day I finished the sketches, which were approved, and then started the process. I wanted to make the main illustration clear and striking, captivating and showing the text’s idea. So the handsome men was quite an obvious solution. But I wanted to escape the drawing of a simple portrait, to play was the words somehow. I liked the concept of something literally growing out of the beard. It gave plenty of interesting details, I could make it beautiful and speaking at the same time. Since the article was studying local beards, I wanted to reflect it too. That’s why I chose typical Russian colour palette and some region fruits – wild apples and rowan.
Honestly, I didn’t have any special feelings about this artwork before the release. But when it was published the feedback was impressively positive. Most of the readers remembered the issue by it. And then in blew the internet, receiving the biggest amount of appreciation. I also applied it to the Communication Arts Annual

Competition and won it. After that, my handsome illustration was exhibited in a few galleries and art fairs, always attracting attention. So you never know! 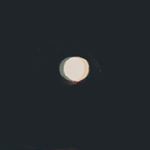