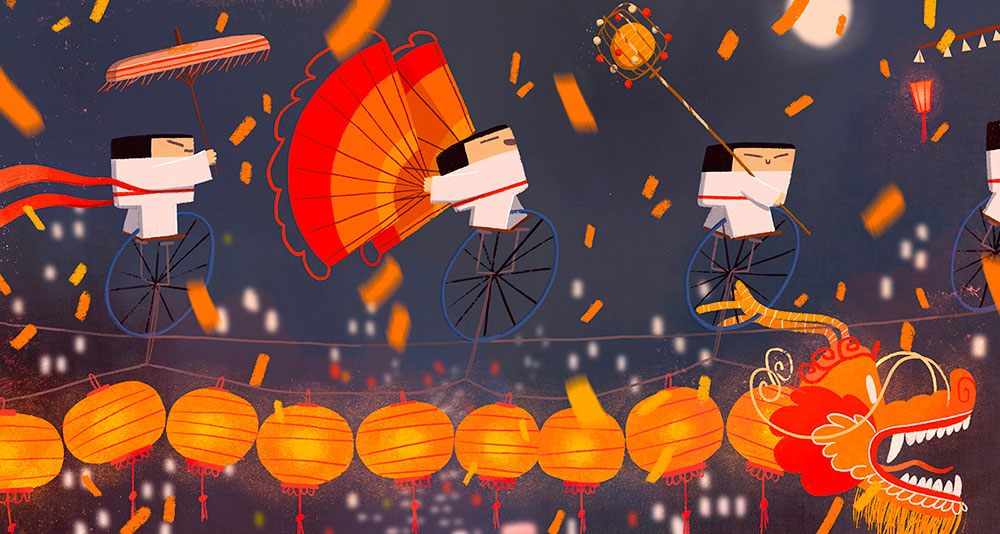 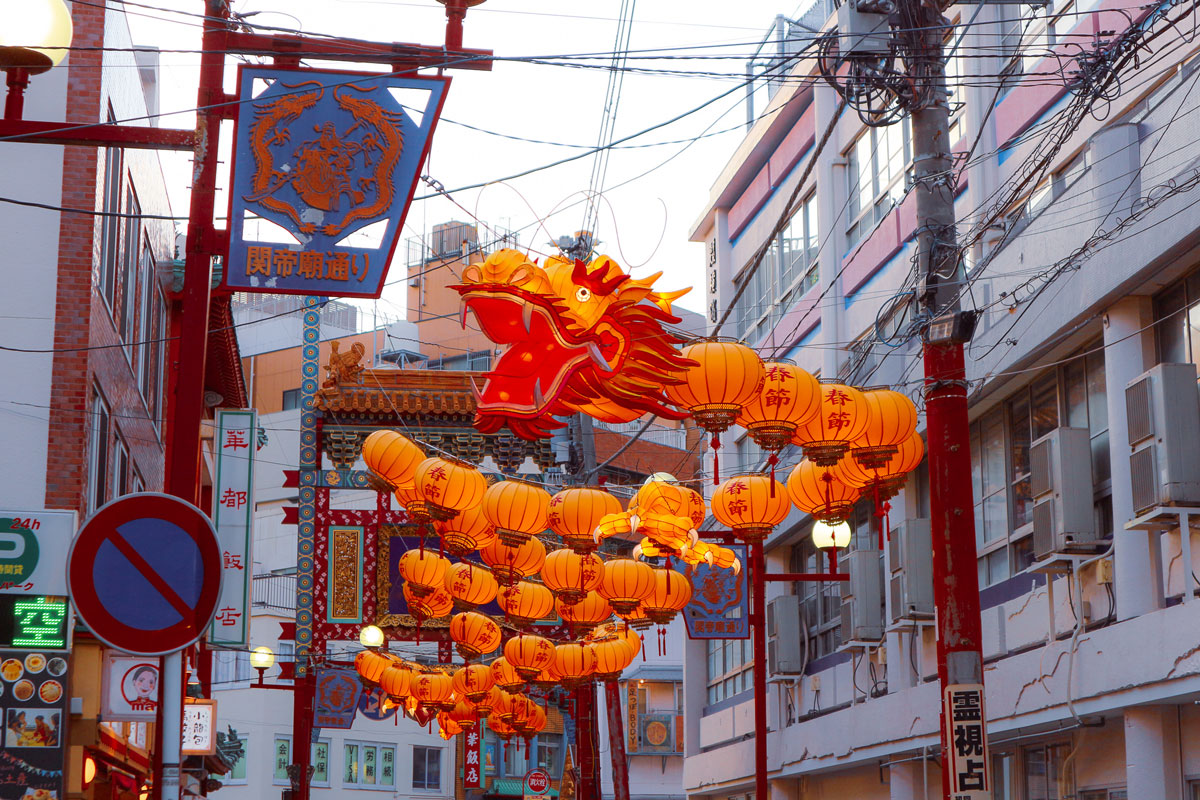 I’ve been thinking to illustrate a parade for so long but I never started to it. One day I was editing the pictures I took in China Town (Yokohama) I saw this lantern dragon which I really liked and started to look some images of Chinese parades but I wanted to stick to the lantern dragon because lanterns and night lights are one of my favorite things to draw.
At first I thought to make it like a regular parade with people carrying the lantern dragon with sticks above them. Suddenly the idea of making a parade up on the electrical wiring of the streets appeared.

And to make it more absurd I came up to that circus idea of them riding unicycles with cords attached to the dragon so it would be “flying” above people on the streets and each of them holding different things (an umbrella, two hand fans). So this parade could be appreciated from the streets and also from the window of your home!