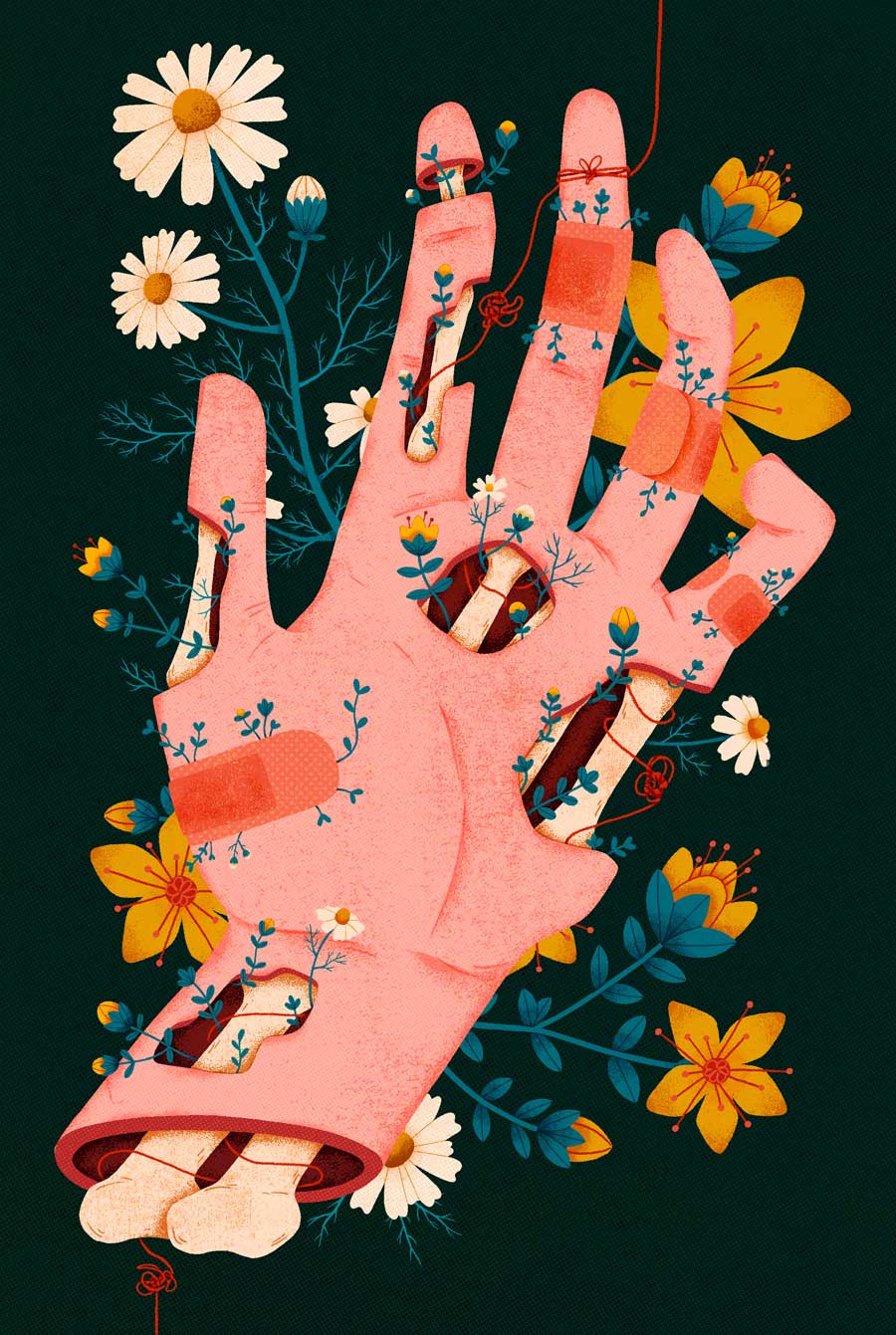 I was commissioned by a close friend of mine to create an illustration for a poster, he left it quite open although suggested covering the topic of mental illness. I jumped on that idea, as someone who has struggled with depression for at least a decade, I knew inspiration for the piece would come easily. I wanted an image that elicited an emotional reaction in the viewer, even for those who may not have struggled with mental illness before. Rather than make a piece representing the negative emotions that comes with depression (something I probably would have drawn 5 years ago) I was drawn to the idea of covering the topic in a positive way and playing with that juxtaposition of adding light to a dark topic. The healing process from illness can be a difficult and long process, but I think the new life that grows from such an experience can be one of the most beautiful parts of being human.

I enjoy adding symbolic elements in my pieces, and Heal was no exception. I had the idea of visualizing mental illness in a physical (but non-gory) way by adding wounds and exposing bone on a human hand. I wanted to represent new life growing from these wounds with healing flowers such as chamomile and St. John’s wort. Feeling like something was missing, I added a red string through the piece to help guide the eye. Somewhat like a vein, it represents a lifeline and continues off the page to show that the hand connects to something greater. It’s knotted and tangled in various places to represent the idea that life is never a straight path and can get messy along the way, but will always continue.

Creating this piece was a very cathartic experience, and in some ways helped me process healing I’ve accomplished in terms of my own depression. I had lots of responses from others who felt the image really resonated with them, which is always a wonderful thing to hear. One of my favourite things about art and creating images is the ability to connect to others in ways in which words can’t, and this piece was the first time I truly felt I accomplished that goal. I think one of the best places to draw inspiration from is our own experiences and life story, the more personal and vulnerable the better. In a culture where people tend to hide behind a persona, being open about the parts you might not be so proud of can create meaningful connections to others, and may inspire them to do the same.