The central theme of this series is the idea of two completely unexpected people, with vastly different characters and backgrounds, becoming close friends. For me, drawing characters with a great amount of difference imply an equally unique event that brought them together.

My goal was to leave that bit of mystery and make people think, “How did those two characters end up in the same story?” and allow the viewer to interpret that story on their own. I always depict one character that is childlike (not necessarily an actual child) to depict that feeling of openness children have when they encounter something new for the first time–their wonder and emotions are unfiltered, never masked or hidden.

I’d like to make the viewer to take a moment and try to imagine how did this character get there and who they are; it adds a little bit of fantasy and wonder to their day. This motif was inspired by stories I saw and read during my childhood, fables and movies that kept things vague on purpose to allow the audience to interpret their own meaning (some Western ones off the top of my head would be “Where the Wild Things Are” or “The Alchemist.” For me personally, many of these stories came from Asia, whose titles I don’t remember but saw on VHS at Chinese school, others from Studio Ghibli like “Spirited Away” and “Nausicaa of the Wind.” Whenever I lack motivation, I tend to turn towards the stories that filled me with wonder as a kid and even as a teen. Of course, sometimes those stories fall short with age, but often times, I relive that wonder with a new perspective and that in itself normally inspires me to create something. 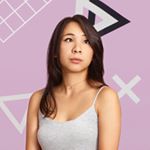