This piece was starting from very common moments in everyday life. I was sitting in my seat working by the window one day from the morning to the afternoon, and I kept noticing the shadow of the trees moving slowly in my room, on my desk, and on my arm. Then I generated a rough composition in my mind — with a character, a window, and shadow. To catch these elements that impressed me was how I began with the creative process.

Once I had this rough idea, I started to move it forward. I tried to explore what this character might see and how he felt. I thought of birds immediately— they always flew by the window and never stayed. Every time I hoped to watch them a little longer, they didn’t leave me the chance. It would be a good idea to depict things that I keep missing. To further push this idea, I then thought of exaggerating the “missing” part, trying to bring something that people wouldn’t even got attention to. I tried to imagine what those birds might be experiencing during their journey, and how it created a dialogue between the birds and the character.  Finally I ended up with addressing the moment of a bird falling from the sky, leaving its shadow on the curtain.

That’s how my inspiration for this piece gradually got built up. At the beginning it’s just made up of fragments, then I collected them, reflected on them, and the idea turned clear. 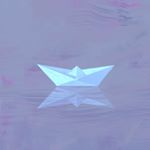